Since he has dominated the real estate industry for more than 10 years, it shouldn’t surprise anyone that Josh Flagg is one of the major stars on Bravo’s hit television series Million Dollar Listings Los Angeles. Because now that Josh is an established name in the real estate business, he is truly beginning to dominate the market in Los Angeles, and he hasn’t looked back at all.

In fact, Josh is one of the most successful agents in the real estate game in Los Angeles, and he’s considered one of the top 10 real estate moguls in the area. In fact, in 2017, Josh Flagg was considered the number two agent in LA, only to fall behind Josh Altman.

How did he find himself as real estate’s number two agent in LA? Simply put, he sold a crap load a real estate somewhere to the tune of over $1 billion worth of property. Obviously, that is a tremendous amount of real estate for anyone to sell, and it definitely leads to really big commissions as well. So nobody should ever be surprised that Josh Flagg is definitely at the top of his game in 2017, heading into 2018, and hopefully for many years to come.

In the early part of his career when first starting out in Los Angeles, he used to work for Keller Williams Westside. But now Josh is working at Rodeo Realty and he’s experiencing more success in this business than he ever imagined possible.

Just like many of the other stars on Million Dollar Listings Los Angeles, Josh Flagg has a far-reaching presence on social media, but in particular he has a very large following on Instagram. As a matter of fact, since first sharing pictures on this website, Josh has developed a massive following of more than 306,000 people, and his presence is only getting bigger and better as time goes by.

The cool thing about Josh’s Instagram page is that it isn’t strictly focused on work, work, and more work. On the contrary, Josh likes to share many pictures of things happening in his personal life, so you get to see an up close and personal view of Josh, his friends, family members, coworkers, and even his new husband Bobby Boyd. 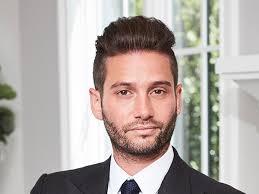 If you ever take the time to peruse Josh Flagg’s Instagram page, you’ll have the unique opportunity of getting a clear view of what this man is all about. You’ll be able to look at and see all kinds of pictures including wedding pictures, pictures of Josh and his hubby hanging out by the pool, a picture of Josh and his husband with the cast of The Doctors, which they also made an appearance on earlier this year in 2018.

Not only that, but you can also find pictures about Million Dollar Listing Los Angeles, work-related events, parties, pictures from Josh’s past, concerts, more television appearances, beautiful Christmas decorations, and so much more. So if you ever wanted to take a look behind the curtain and get to know more about Josh Flagg besides the things you get to see about him on TV, you should definitely begin following him on Instagram because his life is an open book and he’s more than happy to share it with you as long as you follow him on his favorite social media site.

If you’re like most people, you’re probably wondering whether or not Josh Flagg has ever had an ex-husband. The short answer is no, he hasn’t. In fact, he just recently married and plans to live happily ever after with his new husband Bobby Boyd.

The couple recently had a Jewish wedding in California at the Beverly Hills Hotel. As you can imagine, the decorations were amazing, the ballroom was outstanding, and the couple did a wonderful job exchanging their vows in front of a room full of gorgeous people. Many people will be envious of this extravagant event.

To give you a little back story about this happy couple, Josh Flagg knew right away that he wanted to marry Bobby Boyd. As a matter of fact, it’s rumored that Josh started writing his wedding vows just four months after he began dating Bobby, so he obviously knew that this was a match made in heaven and he planned on going the distance with this wonderful relationship.

Nobody is going to be very surprised that the number two real estate agent in Los Angeles is worth a pretty penny. In fact, he’s worth $8 million, and if you do the math, you’ll see that that’s a whole lot of pennies! But don’t let anybody fool you because Josh deserves every bit of his success. He has sold more than $1 billion worth of real estate in Los Angeles and he was determined to make it in the high end real estate profession, which he obviously has done and he continues to prosper.

The cool thing about Josh Flagg’s situation is that he’s starting to make serious money working on Million Dollar Listing Los Angeles after 10 years as well. So you can expect his net worth to rise tremendously now that the show is paying him $2 million a year for his appearances. When you combine that with the huge real estate commissions he makes selling LA, Beverly Hills, and Brentwood properties, it’s quite obvious that Josh is going to enjoy a very fruitful future for many years to come.

Since he is making so much money, you probably think he’s got quite a few years under his belt. But the truth is, Josh is relatively young. To tell the truth, his birthday is August 20, 1985, so the real estate mogul is only 32 years old, yet he’s more successful than 99.9% of the people on the planet, so he’s definitely got something special going on and he should appreciate every moment of it.

Finally, he also authored two books. The first is called A Simple Girl: Stories My Grandmother Told Me and the second is Million Dollar Agent: Brokering the Dream.