David Dinkel has a long and storied history in the real estate world, but the first entered into adult life by graduating from the University of Florida in back in 1968. When he graduated from this prestigious university, he earned a bachelor’s degree in engineering.  Like Lex Levinrad, he’s also based out of Florida.

Initially, when starting out his life in the working world, he first took a job in a petrochemical research and development business that was located in Illinois. 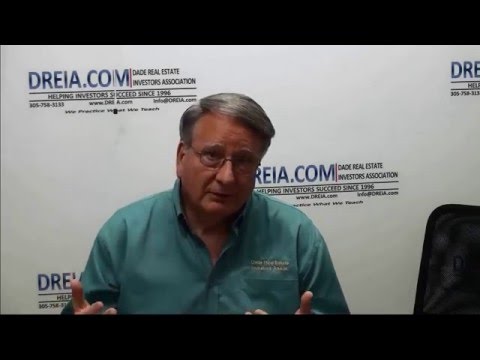 But the really interesting part of his career is when he entered into the world of finances. At this point, he decided that the financial sector was his true path and he became a commodity and stock broker with Merrill Lynch during this period of his life.

During David’s time as a stockbroker, he decided to also become a certified financial planner at this point in his career, and he even took things a step further and began his own brokerage firms.

All in all, Dave Dinkel spent a grand total of 22 years in the financial world as a stockbroker, commodities broker, and certified financial planner. He dominated the financial services industry for over two decades before finally retiring.

But Dave Dinkel did not spend his time idly in retirement. On the contrary, he took his love for real estate to the next level during this phase of his life.

As David entered the world of real estate investing, he took a job with a small company that he worked for for a few years.

During his time in this business, he helped them grow at a tremendous pace and their sales went from a little short of $12 million a year to reaching over $150 million each year.

Now granted, this was a brief break from his foray into real estate investing, and he only worked with this company for a short while. After that, David went back into the real estate world with vigor and gusto like you’ve never seen before.

As you can imagine, such a successful real estate investor has a long list of accomplishments and accolades.

As you can see, David has taken his knowledge and expertise and used it to become a powerhouse in many industries. If you were ever interested in learning about real estate investing, David Dinkel is the perfect man to teach you the ropes.

As an active investor, he’s been helping people for the last 40 years and even has a mentoring program for those looking to learn about real estate from an avid professional.

He also helps investors’ broker deals without their own money through his transactional funding program.

Perhaps he’s most “searched for” for his involvement in mentoring others at how to invest in real estate.  He founded DREIA, the Dade Real Estate Investors Association.