Everyone loves Tracy Tutor Maltas from the Los Angeles edition of Million Dollar Listing.  What is there not to love?

Unfortunately, she went through divorce last year to her long time husband, Jason, but it’s not all bad. Tracy was able to walk away with a mansion valued at $18 million!  Today I’ll cover the Tracy Tutor divorce details as multiple websites have been talking about this lately. 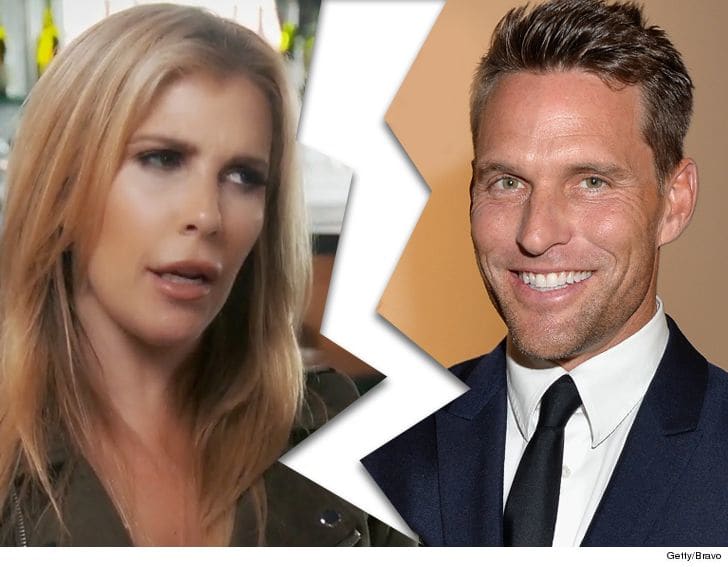 So, while it’s cool that she gets the house, (she does know a thing or two about valuing properties, I’d say) she did agree to share custody of her girls.  I see that as all fine and dandy, because on the show, Jason, her ex, seemed like a down to Earth guy and is probably a phenomenal Dad.

Other detailed leaked by TheBlast.com included that neither parent can be intoxicated by drugs or alcohol while parenting the children.

Interesting detail – wonder if there is some history there of someone getting blasted and losing their shit?

I mean, it should be assumed that neither parent is going to act like a fool with their kids around, but I found that to be a very odd stipulation.  Did I miss something?  Did one of the two of them have a drinking problem or substance abuse problem in the past?  If it was Tracy, I highly doubt she would be cast on the show if that was true.  Then again, TV needs drama, so I could be wrong.

Here’s to them raising their two beautiful daughters in an amicable way as co-parents.

Other tidbits include that there will be no spousal or child support paid to one another.

Tracy will be on the hook for the kiddo’s equestrian activities as well as the nanny.

Jason gets to keep the Steve McQueen and James Dean autographs, and a wine collection, minus 15 bottles that Tracy must have had her eyes on.

Jason also got the Porsche Cayenne and “multiple” bank accounts.  I’d love to know how much cash was in those bad boys considering Tracy got the $18 million house.  Then again, nobody knows the equity involved there.  However, I read on another site that Tracy’s Father is worth almost $800 million!  Let’s face it, nobody here is struggling or mortgaged to the eyeballs.

In addition to the house, Tracy keeps a Range Rover and and Escalade.  She also will be changing her name back to Tracy Tutor once the divorce is finalized.

Lastly, it was agreed that their two children would never make an appearance on Million Dollar Listing, Los Angeles.

As Snoop Dogg once sang, “so much drama in the LBC.”

Back with more very soon.